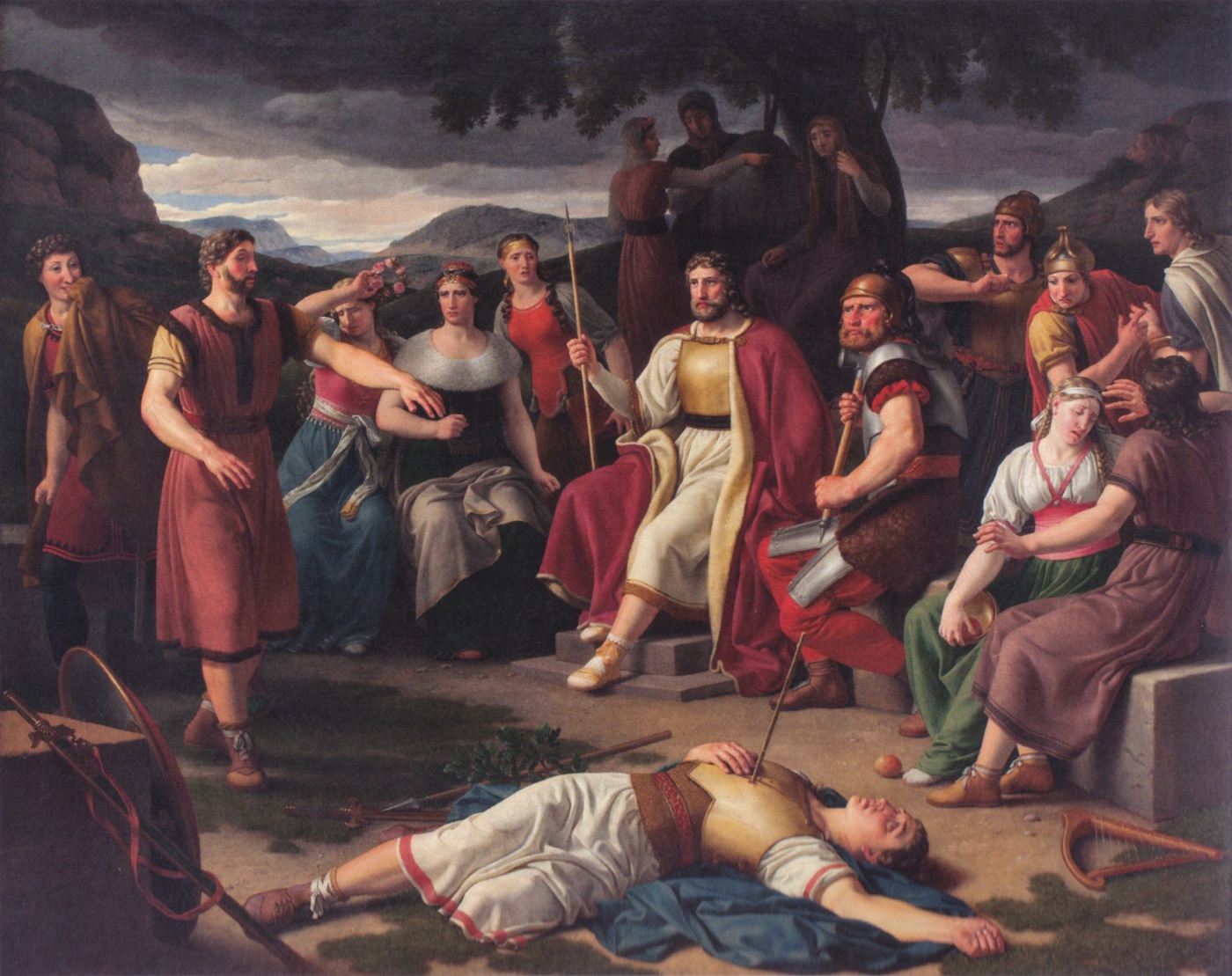 The Norwegian landowner and politician Jens Johan Vangensten (1766-1837) is not in this database. The poor man would have loved to have been included, of that I am sure, but his poetry never got him anywhere. What is worse, the poetry of others even made him end up in jail – but I will return to that later. First I will recount of how I made the acquantaince of mister Vangensten.

For my article on Tordenskjold I had done some research at the National Archive in Oslo. There I had the joy of ploughing through the personal archives of the archivist Bernt Moe (1814-1850), who had written extensively on Tordenskjold and his family. By sheer coincidence my eye fell on a small note (a 19-th century equivalent of a sticky note, no bigger than that) on “Jens Johan Vangensten, Member of Parliament 1815-17”. Beneath the usual biographical information, Moe had scribbled down that this Vangensten had published a single poem, in 1829, entitled “Balders Død” (The Death of Balder), and next to that he remarked: “BD was an instance of literary theft”.

Well, now Moe had my attention!

The myth of Balder does play a role in my dissertation and I had the suspision that Vangensten had plagiarized one of the two well-known literary re-tellings of the myth by Ewald (1773) and Oehlenschläger (1807). I thus digressed from my original mission and started to look for the poem. Which I could not find. I also browsed the newspapers of 1829 (which, luckily, can be done online and with the use of search words) – after all, had the former MP really committed this cardinal sin then surely there must have been some kind of scandal that had made it to the press? But – alas! – again I could not find anything. Not a word.

But I did find some other interesting stuff. An old issue of Personalhistorisk Tidsskrift (1918) contained a letter to his patron Christopher Hammer, dated 18 December 1797, that sheds more light on Vangensten’s literary aspirations. Above all, it shows that the man was not impressed by his own work, to say the least. He writes:

Here, I curse no one but my pen when it refuses to flow. Regarding my literary works… they have been quite trivial so far, and God knows if they will ever become anything else. (…) I have written and translated around 60 pieces of poetry. (…) Publici juris I have only delivered a couple of column-fillers in Journalen; and in our weekly, now that I come to think of it…

These are the words of someone who wanted but couldn’t. At least, that is how I read them. Perhaps it was this disappointment, in himself, that in the end propelled him to resort to plagiarism?

A Flying Machine and the Duchess’s Foot

Perhaps Vangensten should have stuck to writing diaries. In an even older issue of Personalhistorisk Tidsskrift (1907) I came across excerpts of the diary Vangensten had kept during a journey to Copenhagen in 1804-05. These few pages truly are a joy to read. In this personal, unpretentious genre Vangensten writes tidy and descriptive, and it is exactly this neatness that heightens the drama. On 26 September 1804 he for example meerly writes: “Student Hoff, seriously ill, fell from his window and died immediately.” It is especially the addition of the fact that student Hoff was “seriously ill” that gives this simple sentence its extra layer of tension, as it makes you wonder whether that fall was an accident at all or perhaps something else…

But the absolute highlight of the diary follows on 6 January 1805:

Kjerstrup’s latest attempt to fly ended in utter failure once more when his big sailcloth machine failed to come off the ground. The rabble became annoyed and wanted to assault the man, but he managed to escape and reach the guards. A lot of commotion. The Crown Prince himself had his hands full to restore the peace. A cloth seller who in the stampede had tred on the duchess’s foot and was defiant against her deputies was arrested. Kjerstrup will not get permission to show his breakneck stunts again.

You cannot make that stuff up. And it immediately made my attention shift towards that Kjerstrup character. Who was he? How many attempts did he have before this last disaster? Why were the Crown Prince and the duchess and apparently a sizeable crowd present during his presentation?

And Tordenskjold disappeared further and further from sight…

But perhaps more about Kjerstrup and his flying machines another time. Now let us return to Vangensten and the reason why he wound up in jail – or the house of corrections, to be more precise.

On 12 January 1834 the radical publication Statsborgeren featured a poem that satirically targeted state secretary Jonas Collett. The gouvernment sued the (anonymous) author for defamation. Although he had not written the poem, Vangensten took the blame, possibly to test the boundaries of the freedom of expression in Norway. He was found quilty and, at his old age, had to spend six months in the house of corrections. The supreme court later established that someone else had written the poem (lieutenant Jens Henrik von Hadeln) and acquitted Vangensten in 1837. By that time, however, Vangensten had already passed away.