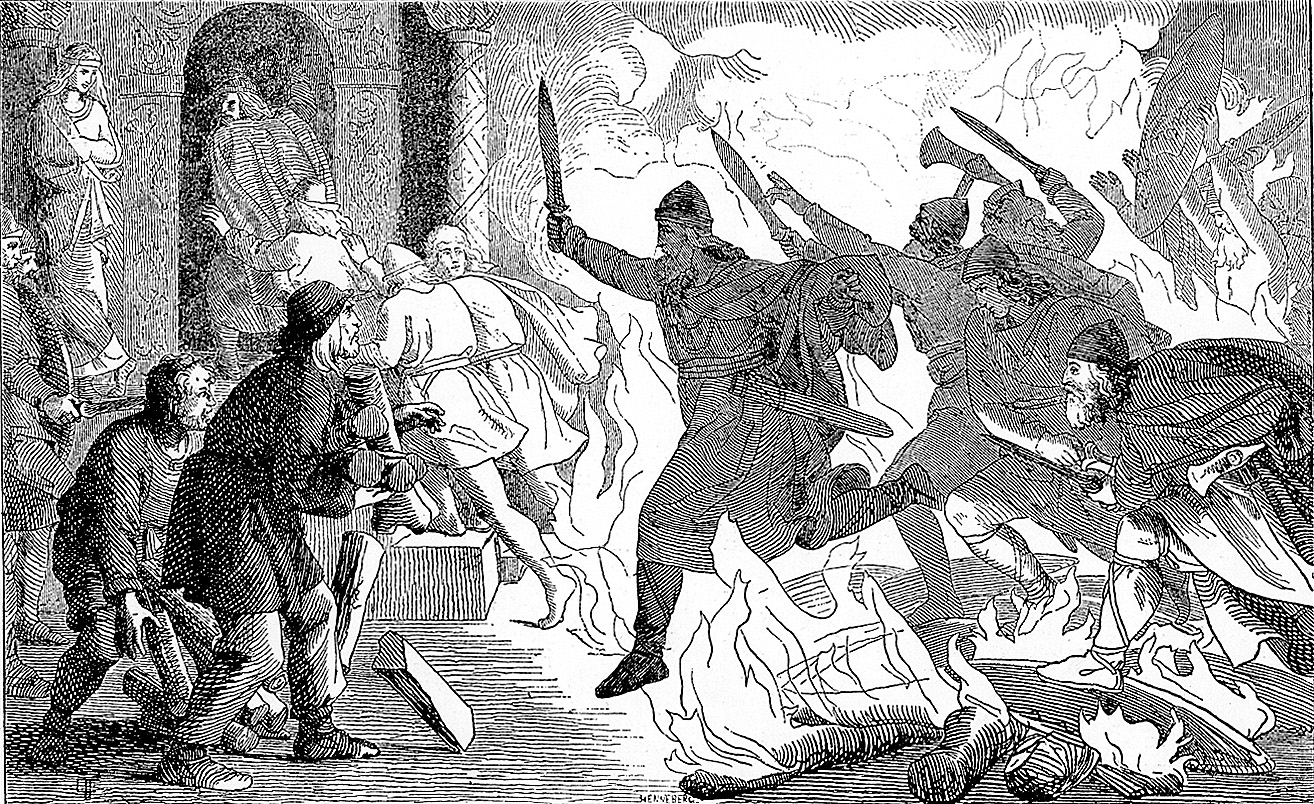 In 1769, Johannes Ewald made the acquaintance of his literary hero, the great German poet Friedrich Gottlieb Klopstock, who at that time resided in Copenhagen under the patronage of Count Bernstorff. Klopstock introduced his young Danish colleague to the world of British literature: to Shakespeare, Milton, and Ossian, who in his eyes offered a more authentic, more intuitive, and more genuine alternative to the austere aesthetics of French classicism, which was the dominant style of the day in most of Europe. In addition to the British examples, Klopstock and the other German poets in Copenhagen had a great interest in Norse mythology and the Old-Icelandic sagas. The Old-Norse literature breathed the same sublime atmosphere and northern melancholy that attracted them to the Ossian poems. They accordingly considered the sagas of stern heroes and raging Valkyries an important resource for a dearly-needed poetical renewal.

The meeting had a great impact on Ewald. He went on to write the drama Rolf Krage, taking his inspiration from Saxo’s Gesta Danorum – a Latin account from the early 13th century recounting of Denmark’s earliest history. In line with the poetical innovation propounded by the German poets, Ewald abandoned his former attachment to the French alexandrine and instead applied free verse and prose dialogue in his latest piece. Perhaps on account of its unusual subject-matter or its unordinary style, the piece failed to persuade the literary establishment and it was never brought to the stage. Nevertheless, Ewald’s Rolf Krage stands as the first modern adaptation of Old-Norse saga in Scandinavian literature and it can as such be considered a milestone in what has been termed the Nordic Renaissance: the revived interest in Old-Norse literature as a source of inspiration for poets, painters, and other artists.

The picture in this article is taken from Adam Kristoffer Fabricius’s llustreret Danmarkshistorie for Folket (1855) and is from the hand of Lorenz Frølich. The image shows Rolf Krage and his fellow warriors jumping across the flames in pursuit of the Swedish King Aðil.

Works with the same motif